I do it more often than I'd like.  The grass gets a little bit longer.  The file that never seems to get to the top of the in basket at work.  Changing the oil in the car.  The nice thing though is that putting off those tasks can be remedied in minutes.

Yesterday, I had to travel through Hingham for an appointment nearby.  On my way through town I saw no fewer than 10 Hingham boys running as a group toward Wompatuck State Park.  The immediate question I pondered was, "What motivates these kids?"  Success?  Responsibility to the group?  Enjoyment for the sport?  In all likelihood, a combination of all.

I admit, I thought about those kids during my meeting and on the way back I again looked for Hingham kids out training.  This time I didn't see any.  I did see quite a few cars in the high school parking lot and guessed many belong to student-athletes working in the weight room. Some of those kids are runners.

When I returned to the office I took a look at the stats for Hingham from last year and learned the Harbormen are returning 14 of its top 17 5K runners.  Incredible.  On the girls side 20 of the top 25 (13 of its top 15) will be back.  Both teams are poised to win it again.

But here is the story.  Today is June 14.  You have two months to prepare.  Two months in which you MUST prepare if you want to compete with a team like Hingham.  I know I've joked a bit in saying the Hingham kids drive a better car than your coach.  But that doesn't make them better runners.  What makes them tremendous runners is they are apparently self-motivated and willing to put in the work necessary to become the best at what they do.  The question you have to ask yourself is, "Am I willing to do the same?"

Amby Burfoot, the winner of the 1968 Boston Marathon tells the story of how he took a children's book, The Little Engine That Could, and used it as motivation to reach his goal.  The story is about a steam locomotive which wills itself to climb a long slope.  Burfoot used the same method used by the locomotive to help push him through his hill workouts by repeating over and over to himself, "I think I can, I think I can, I think I can."  In time Burfoot knew he could.  I know that with the same self-motivation you can achieve your goals for your season.  One of those goals should be to give Hingham "a run for its money." 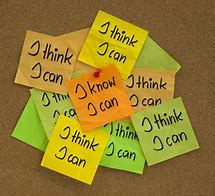 The grass may be a little longer.  The chore you'd hoped to get to may have to wait until tomorrow.  And the oil change can wait until the weekend.  But truth be told, if you wait to train, you will not have as successful a Cross Country season as you could if you get out there today.

I'll be driving through Whitman and Hanson on my way to the weight room (which I use Tuesday and Thursday at 4:00, but some other days as well.)  Maybe I'll see you "on the road."
Posted by Steve George at 9:21 AM